How school's could get back to "Normality"

← Back to blog index

The recent update from our government regarding schools starting to re-open has, it’s fair to say received a mixed reaction from all corners.

In this blog I take a look at some of the challenges that schools might face when they eventually start to open their doors to children.

Well, as a parent, the first thing I can tell you is that trying to keep children 2 meters apart when they really don’t want to be is a near impossible task. I’m sure anyone with children reading this has experienced the annoyance of siblings annoying each other.

The challenge of social distancing aside, the advice given is that no face masks should be worn, hand washing should be increased and surfaces should be disinfected frequently. What could possibly go wrong right? Well the guidance all suggests that children not only suffer much milder symptoms of COVID-19, but that they also pass it on far less frequently than adults.

Unfortunately, this alone isn’t enough to put thousands of seriously concerned teachers at ease, with many voicing their concerns about how their own safety can be guaranteed – a fair enough question to raise really. 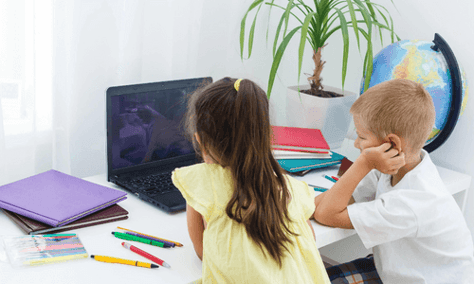 As our core business is schools, we spoke to some key figures from our own client base, to understanding what is causing their anxiety, and we found it isn’t just the issue of their own safety, many are genuinely concerned about the long term effect on the education of their pupils, with one headteacher stating

Let that sink in for a second…..A year of education, gone.

Others spoke about the challenge of finding space to fit all their pupils into their classrooms, whilst maintaining distance, with class sizes soon to be 15 pupils maximum – bearing in mind 30-35 children in a class has become the norm in recent years.

We do of course have the benefit of using other European countries as a benchmark. Germany and Denmark started to open their schools to key year groups using a very similar set of rules, and it has to be said, with some degree of success. Yes it’s been a challenge, and no, they are not out of the woods just yet, but what they are showing is that it can be done.

My honest opinion is that, if we are going to get back to any sort of normality, we are simply going to have to start putting one foot in front of the other and moving forwards.

What that looks like is probably a subject for another very long winded blog so I won’t speculate here. But to be able to have a functioning education system we are going to have take a degree of calculated risk – easy for me to say behind the safety of my computer I know, but there’s simply no other way is there? I’d be interested to hear what the masses think.

It’s worth noting that already a number of schools have effectively said they won’t be opening their doors regardless of the guidance issued, because the safety of them and their pupils simply cannot be guaranteed. Which takes me back to my previous point – it doesn’t appear that anyone can guarantee that workplaces are safe. And this brings around a bit of a moral question…

Do we simply allow the virus to sweep through the nation and treat some people as collateral damage to get the country moving again? With a cure nowhere near and talk of 12 to 18 months as a realistic date for that to happen, there are certainly some very difficult decisions for people to make in the coming weeks and months.

It’s safe to say that there are likely to be plenty of twists in the road before we see schools bow to pressure and open. Even as I type, there are numerous local authorities around the country saying they won’t allow schools to open in June.

As a business, we are planning for September as a real start. And my guess is that a lot of schools will be doing the same. Watch this space I guess, this is definitely not done and dusted.

Get in touch with us today with how we can support your recruitment needs whether it be this school year or next, we're here to help.

Here are some of our other articles that may be useful:

The government have provided updates on free school meals during COVID-19. Here’s what you need to know.

Are you a candidate working with SAAF? Do you know someone who's looking for their next teaching or support role? You’ve ...

There’s no doubt that this year has been challenging for the education sector. That’s why SAAF Education’s Supply & ...