On 14th September the Secretary for Education, Justine Greening, confirmed the details on the fairer funding systems for schools. Along with the additional funding of £1.3 Billion that was announced in July, the new National Funding Formula (NFF) looks to:

In her recent speech to parliament, Justine Greening confirmed the details for the new NFF that propose to tackle the issues and replace the last, funding formula.

Whereas the old system distributed the funding unequally between children because of where they were growing up, the new formula promises to be "fair for all schools".

The initial £2.6 billion additional funding allocated at £1.3 billion per annum, taken out of the capital budget for schools, will be used to maintain the per-pupil funding in real terms until 2019-20.

However, as stated in our previous post, this creates a funding gap in the capital budget which will impact on capital improvements in schools.

The formula will set a minimum funding where each pupil will "attract”;

However, the introduction of the NFF is at the local authority’s discretion during the first two years upon implementation. They will review the funding and then allocate certain amounts to individual schools based on their own specifications. Therefore, schools may not see the previously expected changes in their budgets allocations in the medium term.

Reactions to the new funding formula have varied. Most headteacher unions are welcoming but cautious about the new system, understanding that even though it promotes a more consistent approach to school funding, the Local Authorities still appear to hold the power and can choose whether or not to accept the minimum level of per pupil funding.

Others have also pointed out that the extra £1.3 billion falls short of the funding gap that schools will face in 2019 - predicted by the National Audit Office. A further £2 billion is required to address the real-term cuts that will, and continue to affect schools.

Preparing for the future

If you're worrying about your funding during these changes, then we're here to lend you a hand.

Our finance consultants work to make sure you are using your school's or academy's budgets as efficiently as possible. They can give you a detailed breakdown of the best steps to take to plan for the future, identify areas where improvement can be made, and ensure you are well prepared for any eventuality that may occur.

If you want to know more information about how our consultants can give you peace of mind, click the button below. 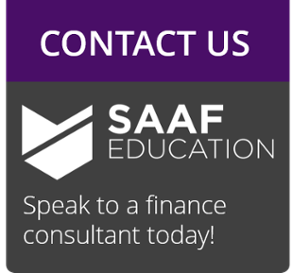 All over the UK many children experience problems that can limit their opportunities and restrict ...

During the current COVID-19 pandemic, many schools are concerned about the impact on pupils who are ...

Funding for Special Schools and Colleges

It can often be frustrating when attempting to navigate the varying funding sources available for ...
© 2020 SAAF Education